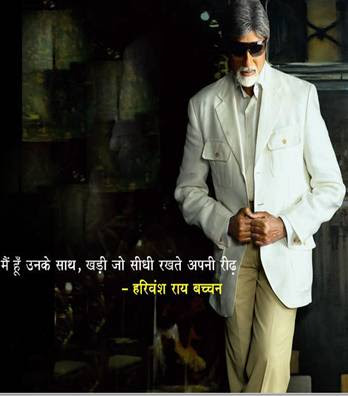 Politics and Amitabh Bachchan never quite went hand-in-hand, neither in films nor in real life. While Amitabh starred in Main Azaad Hoon and T Rama Rao’s Inquilaab, which had some measure of politics, he has never been part of an out-and-out political film.

After all these years, Amitabh has agreed to star in Prakash Jha’s political drama titled Aarakshan. If sources are to be believed, the actor now is in the mood to experiment which is why he agreed to do the film without a moment’s hesitation.

Prakash Jha confirmed the news and said, "We were in talks since a long time. Now Mr Bachchan has finally found the time. We begin shooting early next year."

Aarakshan (reservation) is a film on the sensitive and controversial theme of job reservation and the violence that rocked the nation from 1979 onwards, after the Mandal Commission ordered a certain quota of jobs to be reserved for backward classes. What comes as a surprise is Amitabh’s inclusion in such a controversial theme.

The film is set in a north Indian city (presumably Bihar) and will be shot in Bhopal. Prakash said, "After shooting my latest film Rajneeti in Bhopal, I have fallen in love with the city. I have persuaded Mr Bachchan to shoot here, it’s the best place to shoot Aarakshan."

The film will be produced by Feroz Nadiadwala of Hera Pheri fame. Commenting on why he is directing a film for another producer, Prakash said, "I had agreed to do a film for Feroz 10 years ago."

-Link
By Bhopale - March 20, 2009 No comments:
Email ThisBlogThis!Share to TwitterShare to FacebookShare to Pinterest 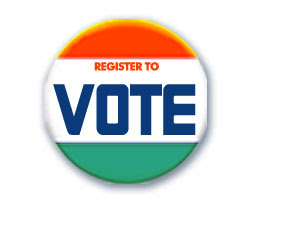 General elections have been announced. If you are not on the voters list, or are not sure that you are, just go over to Jaago Re and register online as soon as possible. Spread the word. Bug your friends, family, colleagues and neighbours. Nag them until they sign up.

And on polling day, make sure you vote.
By Bhopale - March 02, 2009 No comments:
Email ThisBlogThis!Share to TwitterShare to FacebookShare to Pinterest
Labels: Contemporary
Newer Posts Older Posts Home
Subscribe to: Posts (Atom)