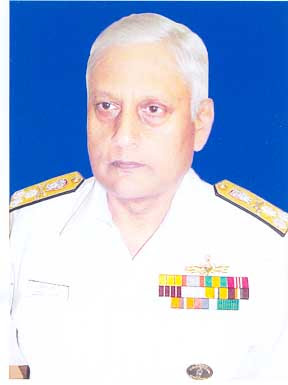 Verma, previously posted as Commander-in-Chief of the Vizag-based Eastern Naval Fleet, has taken charge as Chief of Naval Staff on September one succeeding Admiral Suresh Mehta, who retired on August 31.Vice Admiral Nirmal Verma was commissioned into the Indian Navy on 01 Jul 1970. He is a specialist in Communications and Electronic Warfare. The Flag Officer has attended the Staff Course at the Royal Naval Staff College, UK and the Naval Command Course at the Naval War College, USA. The Flag Officer has done various staff tenures in the Integrated Headquarters of MoD (Navy). His Command tenures include INS Udaygiri (Leander Class Frigate), INS Ranvir (Destroyer) and the Aircraft Carrier INS Viraat. He has also commanded the Naval Academy and has done an instructional tenure at the Defence Services Staff College, Wellington. On promotion to Flag Rank, he has served as Senior Directing Staff (Navy) at the National Defence College, Chief of Staff, Eastern Naval Command, and the Flag Officer Commanding Maharashtra Naval Area. The Flag Officer later served as Assistant Chief of Naval Staff (Policy and Plans). Following his promotion to the rank of Vice Admiral, assumed charge as Chief of Personnel in Nov 2005. Admiral Verma took over as the the Vice Chief of the Naval Staff on 30 Nov 06. With his appointment as the Chief of Naval Staff, he has become the first person from Bhopal to head any defence service in the country — Navy, Airforce or Army, sources said.Verma, a student of St Josephs' Convent School at Idgah Hills in the city, joined the National Defence Academy's 35 course, they said.The Admiral-designate, whose father Harishankar Verma is a lawyer and presently living in Mumbai with his another son, Bimal Verma who is also in the Navy as a Rear Admiral, had also taken part in the Convent's Golden Jubilee Aniversary held here three years back, sources said. 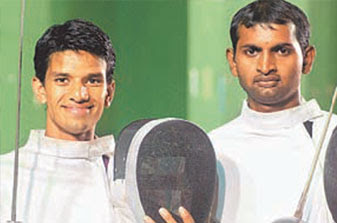 On the other hand, two young neighbours from a Bhopal slum will represent India in the world fencing championship slated between September 30 and October 8 in Antalya, Turkey. Born and brought up in narrow lanes of Om Nagar slum, Amardeep Basediya and Himalaya Vishwakarma, both 20, were selected for the international event on September 7. Himalaya’s father Harka Vishwakarma sells chaat and Amardeep’s father Munshi Basediya is a peon in the state’s sports department. When he was 11, Himalaya pursued fencing, an unconventional sport and never looked back since. A student of Bachelor of Physical Education (BP .Ed), Himalaya won bronze in individual and silver in team events in the Senior National Games held in Manipur in 2008. “I used to help my father run the chaat thela during my childhood,” Himalaya told Hindustan Times. He is quite optimistic of winning medals in the upcoming event. Amardeep started fencing a year earlier than his friend. He has won four gold, six silver and seven bronze medals at the national level in his 10-year fencing career. Son of a class IV employee, Amardeep had tough time pursuing his passion. “ But grit and determination has got me a place in national team for the World Championship”, he says.
By Bhopale - August 13, 2009 No comments:
Email ThisBlogThis!Share to TwitterShare to FacebookShare to Pinterest
Labels: Person
Newer Posts Older Posts Home
Subscribe to: Posts (Atom)