Of Vegetables and Non-vegeterian

A report in Times Of India goes:

The same minister had blamed crop destruction because of heavy winter rains three months ago on the "sins of the farmers". 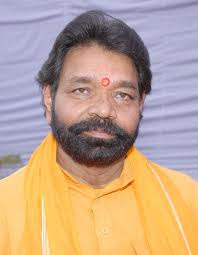 Kusmariya told reporters in Damoh on Thursday that his department won't permit use of GM seeds in the state because "use of GM seeds would make every grain and vegetable non-vegetarian and end our vegetarian culture". He claimed that "nothing will remain vegetarian if genes and bacteria are infused in the DNA of grains and vegetables".

Ramkrishna Kusmariya had protested to environment minister Jairam Ramesh that GM experiments were being carried out in the state despite a ban, without the government's knowledge.

MP had banned GM seeds which would take away farmers' right to grow crops of their choice, he said in a letter sent to Ramesh earlier this week. Citing experiments in growing corn with GM seeds in Jabalpur, Kusmariya claimed that the Genetical Engineering Approval Committee under MoEF was conducting these tests which could contaminate and harm non-GM seed crop in the area.