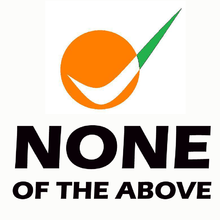 The voters of Madhya Pradesh are being given a stark choice: pick between a caring Mama (maternal uncle) and a man whom the masses address as Maharaj (king) because of his royal roots. BJP chief minister Shivraj Singh Chouhan, 54, is projecting himself as a “farmer’s son” who will “serve” and not “rule”. He is seeking a third term saying kings in their palaces know or care little about the people. Jyotiraditya Scindia, 42, a royal scion educated at Harvard and Stanford, is silently countering the charge by cultivating the image of a mass leader. The Congress chief campaigner moves around in an open jeep, leaning across and stretching his arms out to shake hands with people in the streets. His plea: throw out the corrupt Shivraj government. Each has distinct advantages and weaknesses. The “tried and tested” Shivraj acquired the “Mama” tag after the success of his Ladli Laxmi Yojna, under which the state gives a girl child over Rs 1 lakh in instalments till she turns 21. His problem is that most of his colleagues are seen as corrupt. “Shivraj is in our hearts but his ministers and MLAs are thieves,” said Banwarilal Shak in Gwalior city.
Jyotiraditya’s problem is that a faction-ridden Congress, despite putting up a united face in recent months, has balked at declaring him its candidate for chief minister.

“As chief minister, he will certainly do well, but will the Congress make him the chief minister? It has too many kings in its ranks,” said a doubtful Suraj Singh, sarpanch of Baretha gram panchayat in Gwalior. His allusion was to the known differences between Jyotiraditya and fellow Congress royal Digvijaya Singh. Shivraj knows his ministers are pulling him down; so he is trying to blur his team out of the picture. “If you don’t elect the MLAs, how will I become chief minister?” he pleads with folded hands. But while some of his government’s schemes have been popular, the failure of many others has earned Shivraj the nickname of “Sapno ka saudagar” (seller of dreams). So, Shivraj has been left playing the Mama vs Maharaj card. “All the kings have joined hands (in the Congress). But they live in forts while I am your servant and live among you,” he says.