Storm in a condom 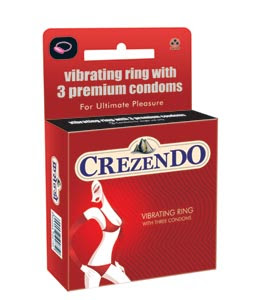 As you would have been informed by now, we, the people of Madhya Pradesh, are strongly against condoms, sex and anything to do with human reproduction whatsoever. We consider it to be against our culture and heritage.

Our minister for Public Works Mr Kailash Vijayvargiya has found out that controlling vibrations at undesired locations does fall under his jurisdiction and has suitably acted to uphold the Indian culture. We the people of Bhopal are overwhelmed by his heroic and timely control of such anti-Indian sentiments, presumably brought about by some foreign forces (ISI/MOSAD/CIA involvement being looked into) who have infiltrated the government agency HLL.

We do not believe these rumormongers who suggested that the honorable minister might be working as a publicity agent for the anti-Indian condom-producing agency HLL, and has brought knowledge to many unknowledgeable about the existence of such a condom. We also strongly condom condemn people who suggest that banning these condoms would mean nothing as these are available freely for home delivery at different websites.

For those who missed out on our heroic effort to uphold the Indian culture, this is the report from CNN-IBN: 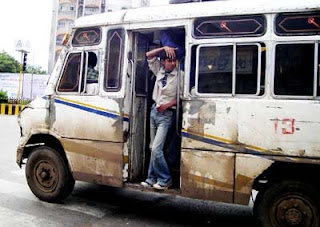 Director B. R. Chopra’s son Ravi Chopra has converted Naya Daur to a colour film, the Bhopali remembers with nostalgia the era when about 10,000 people from Bhopal thronged the Budhni ghat (near Bhopal) to see Dilip Kumar and Vayajayantimala shooting. This film was essentially about the struggle of a tongawallah (horse cart driver) against the motorized vehicles being launched. The hero saves the day by making a new road, helped by Vayajayantimala to the tunes of “Saathi Haath Badana”, on which he races his tonga to reach the destination before the motorized vehicle. The songs from the films like “Ude Jab Jab Zulfen Teri”, “Yeh desh hai veer jabano ka” and “Maang Ke Saath Tumhara” has been a legend since release in 1957.

If only Ravi Chopra had looked around, he could have found a new story for his colored “Naya Daur” in Bhopal. The quintessentially Bhopal mini buses are being replaced by all new swanky Star Buses christened the “City Bus” run by a body called the “Bhopal City Link Ltd”. The City Buses are ultra-modern buses with modern low floors, ample leg space, wide glass windows, 44 seat 2x2 theater type seating and 40 standees, anti skid Vinyl Flooring, CFL lighting uses fully computerized Electronic Ticketing Machines for issuing daily passenger tickets. The buses are soon to be connected using a GPS based system that would display the next scheduled bus timings on boards mounted at the bus stops. Competing with these state of art buses, the local mini buses first resorted to violence attacking the new city buses. That did not bother the city bus operators much, and now one can see many mini buses sporting advertisements to compete with the new city buses. In a loosing battle for space the mini buses will soon be moved out of city to the city suburbs. Unlike the “Naya Daur” the city planners have planned a new road corridor for the city buses exclusively. Bhopalis however will miss the trademark "Lo bada lo" and "Chale Chalo" of the mini bus.
By Bhopale - June 17, 2007 1 comment:
Email ThisBlogThis!Share to TwitterShare to FacebookShare to Pinterest
Labels: Culture 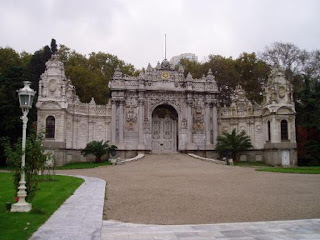 On her arrival to Turkey, Begum Sultan Jahan was ceremonially received by the Sultan’s minister, Raghib Bey, and driven to her hotel the Pera Palace at Istanbul. Modern Turkish women called on the Begum, shocking her slightly because of their liberal dress and western mores. She then had an audience with Sultan Mehmet Reshad at which the Turkish Emperor at the famous Dolma Bache Palace warmly received her. The Sultan then personally escorted the Begum to meet the Sultana, passing through labyrinthine corridors that were manned by eunuchs. There came a point where even the eunuchs were not allowed and were replaced by female guards. Eventually, they reached Sultana’s harem. The Sultana received the Begum with much affection.

Before Sultan Jahan left Turkey, she received the most unexpected and precious gift. Sultan Mehmet Reshad decided to decorate the Begum with Turkey’s highest award. The British government however did not give permission to Begum to receive this award. The Turkish emperor was incensed and decided to confer an even greater award to the Begum by giving her a gift of the Prophet’s hair. The holy relic became one of the proudest possessions and was kept in a special room by the Begum and by her successor, to be displayed once in a year, on the Prophet’s birthday.

After a week’s stay, Sultan Jahan left Turkey and stayed in Budapest for a few days before proceeding to Rome, Venice and Florence. While in Florence, Sultan Jahan received a telegram from Nasrullah informing her that the plague had struck Bhopal. Cutting short her visit, Sultan Jahan arrived back to Bombay on board SS Mantua on October 22nd , exactly after six months of embarking on her voyage to Europe.
By Bhopale - June 11, 2007 No comments:
Email ThisBlogThis!Share to TwitterShare to FacebookShare to Pinterest
Labels: History

By 1911, Edward VII had died and George V was to be crowned. Sultan Jahan was invited to attend the Coronation in London and decided to accept. Sultan Jahan left heir apparent Nasrullah in Bhopal to hold the fort while she took Obaidullah, his wife Shahryar Dulhan, Hamid and his child bride Maimoona sultan with her on her journey to Europe.

First came the stops at Aden, the Suez Canal, where the King and Queen of Belgium boarded the ship, the Mediterranean Islands, the coast of Italy and finally the port of Marseilles where the ship dropped anchor. The port of Marseilles was thronged with press reporters and a large crowd had gathered to catch a glimpse of the Begum. Indian princes carry with then a huge aura of mystique and glamour for Europeans, but woman ruler was a complete rarity that drew a large inquisitive crowd to the quayside. The French police cleared the docks and enabled Begum to enter a purdah carriage and drive to the railway station where she boarded a special train that had been commissioned for her by the French government.

In Paris the Begum stayed at the Hotel Majestic. The hotel management was specially deferential and allowed half of the hotel kitchen to be partitioned so that the Begum’s chef could prepare her food according to Islamic tenets. After a week in Paris, the Begum headed for England to attend the ceremonies related to the Coronation. After crossing the Channel, the Begum and her party installed themselves in a large rented house – Pattison Court – in Redhill, a town 18 miles south of London.

As 22 June – the day of coronation – approached, Sultan Jahan installed herself in St Ermine’s Hotel near Buckingham Palace. She took her two sons and ministers as part of her Coronation party, but left her two daughters-in-laws behind in Redhill. At the Coronation itself, the Begum caused a stir and mild amusement by appearing in a burqa with her awards worn on the outside. Sultan Jahan seemed to strike a particularly warm chord with the King’s mother, the recently widowed Queen Alexandra, with whom she recounted having lost three loved ones a husband a two grown up daughters.
Once coronation ceremonies were over, Sultan Jahan departed on her return journey.

After staying for a week in Geneva, she proceeded eastwards, traveling by the Orient Express to Istanbul via Vienna. Thirteen years later, Sultan Jahan was to draw on this vast reservoir of goodwill that she built up with the British royal family.
By Bhopale - June 11, 2007 No comments:
Email ThisBlogThis!Share to TwitterShare to FacebookShare to Pinterest
Labels: History
Newer Posts Older Posts Home
Subscribe to: Posts (Atom)