The Ghosts Of Bhopal - Part Four

John Coale was in the back of a taxicab, riding down Washington, D.C.’s Massachusetts Avenue. The radio was on, the news announcer relating details of a catastrophic gas leak in India at a facility owned by Union Carbide, total casualties as yet unknown.

Coale didn’t need to know the final number. What was running through his head like an old stock ticker tape was this thought: “That’s a huge American legal case and I want to be a part of it.” This was before Big Tobacco, a colossus of a suit. Coale was a key member of the so-called Castano litigation, a class-action that went after the tobacco companies for fraud, deceit and negligent misrepresentation in not informing smokers of the addictive properties of cigarettes. That action, which Coale would deem “the mother of all lawsuits,” launched a decade after Bhopal.

The Ghosts Of Bhopal - Part Three

Stones tapping at the window.

What time is it?

The sound is loud enough and persistent enough to rouse Dr. D.K. Satpathy from his slumbers.

Fie. The man throwing these stones is a known drunkard. This is what the pathologist thinks to himself. The doctor cannot be bothered with such nonsense at this hour.

Dr. Satpathy was certainly not lazy. He would want the world to understand this. Though his workweeks were long, he prided himself on his readiness to conduct a post-mortem at a moment’s notice. Sundays. Holidays. Diwali. Such occasions mean nothing to a true professional. Suppose a mother has lost her son and it is Good Friday. (This is how he would phrase it.) If he were not to conduct a post-mortem in the instant, the body could not then be prepared for burial and the whole day will be a black day for her.

How long does an autopsy take? To incise a Y formation, from the clavicle, coming to a single rill down the torso to the pubis, an examination of viscera. One hour? Two at most. And then, the pathologist may resume his private affairs. His day remains to be enjoyed. (This is also how he would phrase it.)

The Ghosts of Bhopal - Part Two

In a moment, the tractor will taka-taka-taka out to the fields, the two cows will amble behind and farmer Daulat Singh Rajput will wade into his soybean and chick pea acreage to recount the story of a rural revolution.

The acrid heart of the world’s worst industrial disaster lies within the corrosive skeleton of the Union Carbide pesticide factory in Bhopal.

But in a way, its soul lies here, in rural India.

The Ghosts of Bhopal - Part One

The night was black as batwings and the winds were growing colder as Nadir Khan clocked out of his job at the Union Carbide factory, strode past the security guard station, then through the front gate and headed for home.

Sunday, Dec. 2, 1984. The date carried no significance when Khan commenced his shift at 3 p.m. It was a Sunday like any other. Eight hours later, as he returned to his rough shanty in the bustee of Jaiprakash Nagar, there was little to remark upon. Or at least little that was known to Khan.

It was wedding season in Bhopal, the lake city of Madhya Pradesh, the state that lies in the very heart of India. If a bejeweled white stallion had cantered along Berasia Road that December night and disappeared like an apparition into the wind, no one would have batted an eye, least of all Nadir Khan. Baraats, or wedding processions, reach their peak in the winter months and Khan had come to know this as a seasonal commonplace.

To see Khan that night would be to observe a 35-year-old, slight of build, medium height, with a full head of dark hair and a pencil moustache that arced dashingly above his plush upper lip. He walked south on Berasia, then east along what had come to be known as Union Carbide Road. He was not the type to hurry his walk.

Thirty years are enough to heal wounds and rebuild lives. But for the people of Bhopal, their past haunts them and clouds their future. From the photographs of long lost loved ones on their walls, to the constant trips to hospitals, every day comes with a reminder of 3rd December, 1984.

That day, poisonous methyl isocyanate (MIC) gas leaked from the plant of Union Carbide Corporation (UCC) and killed up to 10,000 people. Hundreds of thousands more were left with permanent disabilities. The effects have now trickled down to the second generation.

BusinessLine travelled to Bhopal on the 30th anniversary of the industrial disaster and found a city that was helpless about its past but was clinging on to a slim hope of a better future. 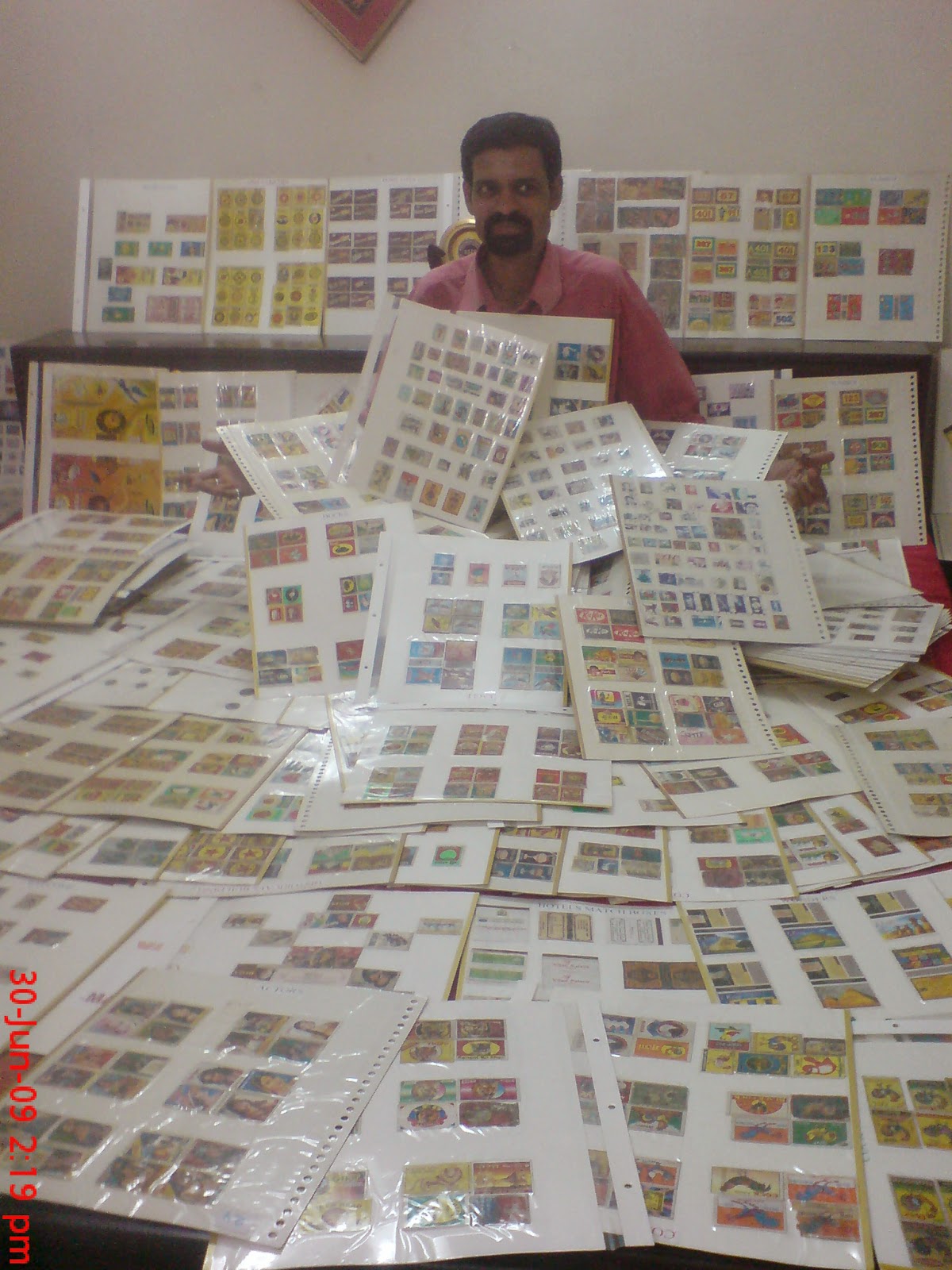 Something drew him to the colour, vibrancy and intricate pictorials on small wooden boxes which held safety matches. Lure of a phosphorus burst, smell of sulphur with every strike of a match and a fire was lit, the flame tamed and the box crushed or tossed into the waste bin, but it sparked off a passion in Sunil Bhatt. He picked up the pieces while smoke encircled the doused matchstick. Bhatt turned matchboxes into his museum of fame. He became a phillumenist without being aware of it. Bhopal's first matchbox, the Hamidia brand, vintage World War II matches used by soldiers in trenches, is part of his rare collectibles.

Warren Anderson - The Villain Of Bhopal

WARREN M. ANDERSON, the chairman of the Union Carbide Corporation, has not taken his wife Lillian out to dinner much in the past five months. "I kind of felt that if somebody caught me laughing over in the corner over something," he said, "they might not think it was appropriate."

To be sure, since Dec. 3, 1984 when a chemical accident at a Union Carbide plant killed more than 2,000 people and injured thousands more in Bhopal, India, the 63-year-old Mr. Anderson has not felt much like laughing anyway. "It must be like when someone loses a son or a daughter," he said. "You wake up in the morning thinking, can it possibly have occurred? And then you know it has and you know it's something you're going to have to struggle with for a long time." The public ordeal of the Union Carbide Corporation since the Bhopal tragedy has been well-chronicled. The huge chemical concern has seen its stock plummet, its financial health challenged by multibillion-dollar lawsuits and the pace of its strategic acquisitions slow due to problems in raising cash. But obscured amid the corporate concerns has been the personal trauma of the one man who bears ultimate responsibility for his corporation's actions. He would willingly avoid the aftermaths of that reponsibility, but cannot.

In fact, he offered to resign in return for "a golden handshake" - a lucrative severance package - but was turned down. He recalls one board member saying, "You got us into this, you've got to hang around and get us out." A picture of the toll that the trauma is taking emerged during an unusually candid 6 1/2-hour conversation spread over two days in Mr. Anderson's simply furnished office at Union Carbide's headquarters in Danbury, Conn. And it was reinforced by a two-hour talk with Lillian Anderson, a soft-spoken former schoolteacher who had never been previously interviewed by a reporter, in the living room of their Greenwich, Conn., home, overlooking a small garden of geraniums, azaleas and other flowers that she had planted. The discussions provided a glimpse of how an unprecedented corporate crisis looks from the inside and of how a huge company coped with a disaster in the first days after it hit. They revealed a formerly low-profile chief executive who suddenly must balance the conflicting demands of stockholders, company attorneys, reporters, employees, Congressmen, foreign government officials and other constituencies, all in the glare of the public eye.