After taking the National capital by storm, Aam Aadmi Party (AAP) is all set to contest the Lok Sabha 2014 across India. The way Arvind Kejriwal - head of AAP and  Chief Minister of Delhi - has gone about his politics has fired the imagination of people. Luminaries like Mr. Chetan Bhagat and Mr. Digvijay Singh has started acknowledging this new phenomenon in Indian politics. In arun up to Lok Sabh aelection 2014, hunt for worthy candidates to contest on AAP tickets for Lok Sabha 2014 has started in Madhya Pradesh too. 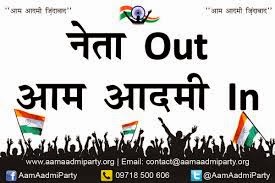